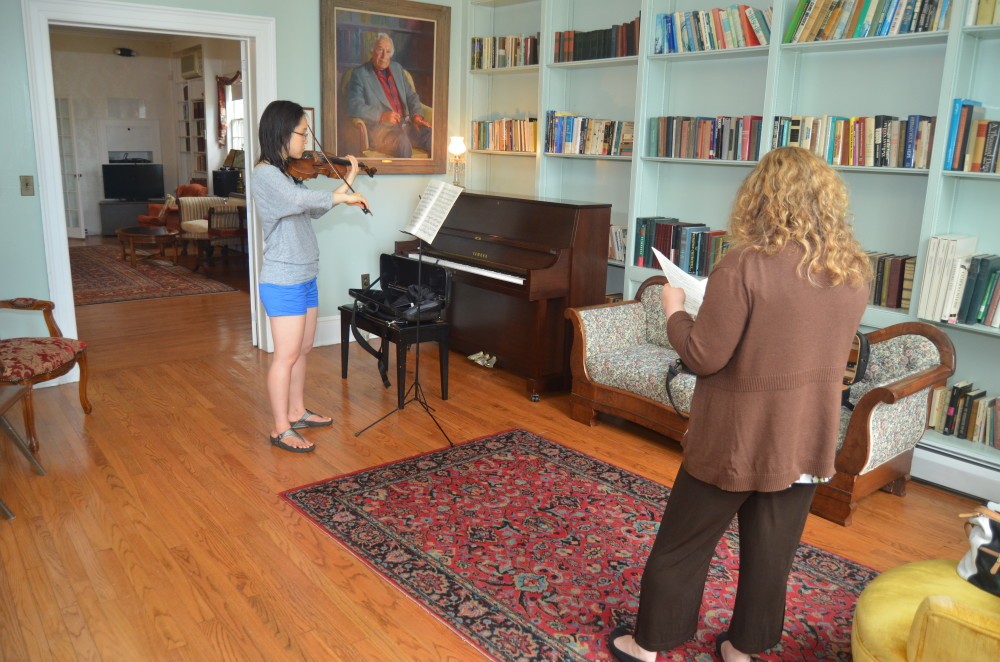 Led by internationally renowned cellist Yehuda Hanani, the annual High Peaks Music Festival combines an educational residency program featuring immersive master classes for 50 hand-picked emerging artists from around the world with evenings of classical music concerts for the public. The mission of the High Peaks Music Residency is to infuse students with love and enthusiasm for their musical vocation, instill a spirit of musical adventure and discovery, and imbue an appreciation for past traditions amongst both students and audiences.

“We’re very happy to salute the suffragette movement that emerged from our own area with a heritage trail of performances, multiple commissions by distinguished women composers, helping to expand the inclusion of women composers in conservatories, and bringing an awareness of this important legacy to our audiences,” says Yehuda Hanani.

“We are committed to bringing the very best artists and leading pedagogues to continue this new musical tradition, here in the breathtaking environment that inspired the Hudson River School painters and generations of artists since,” says Hanani. “The majestic setting of the Carey Institute for Global Good provides a backdrop for ten days of music-making and fellowship.”

The application deadline is March 3, 2017. Application and additional information is available at catskillhighpeaksmusic.org.

The Carey Institute for Global Good is a not-for-profit organization founded in 2012 by Wm. P. Carey and is dedicated to making the world better by contributing to a strong, educated and just society. Through its programs, the Institute strives to bring together innovative and dynamic people from around the world.

Close Encounters With Music is a not-for-profit organization founded in 1992 by Yehuda Hanani that presents innovative chamber music series and thematic programming throughout the Berkshires and Hudson Valley, and commissions work by the most outstanding composers of our day.

Yehuda Hanani was and brought to the United States from Israel by Leonard Bernstein and Isaac Stern at the age of 19. He is an international soloist, recording artist, Israeli-American cellist and Professor of Violoncello at the University of Cincinnati College-Conservatory of Music. He has served on the faculty of the Peabody Conservatory and presents master classes around the globe, including Juilliard, Paris Conservatoire and Berlin Hochschule für Musik.